“By the time I left treatment, I felt like I was part of their family.” 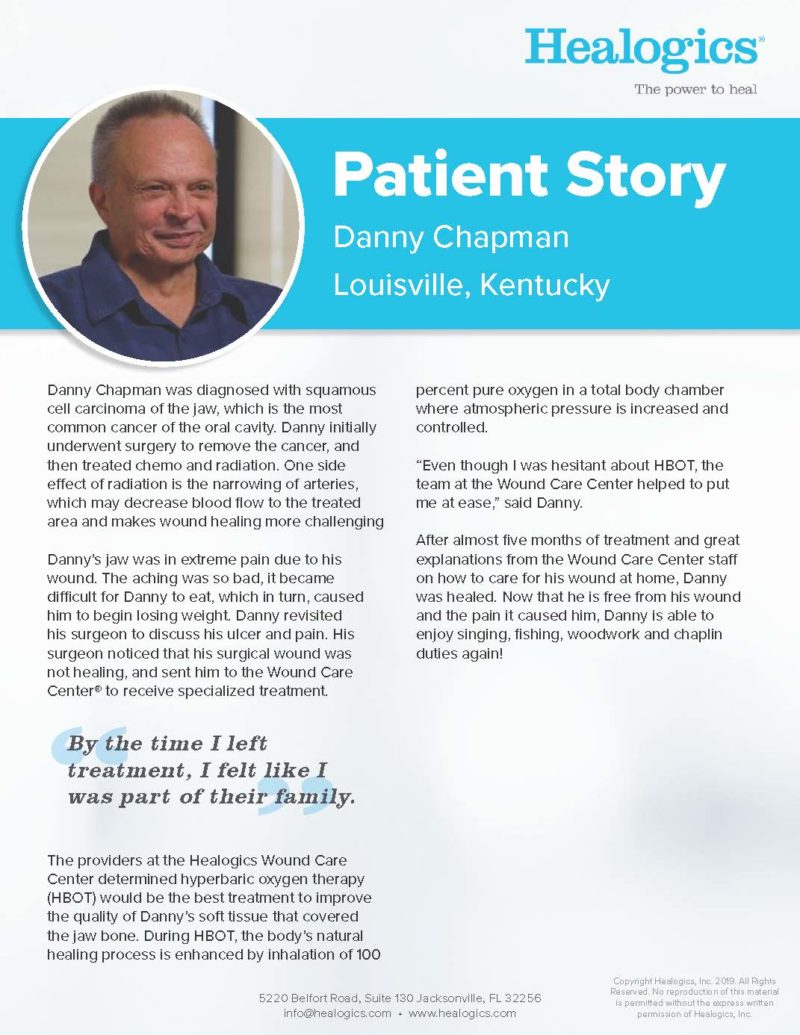 Danny Chapman was diagnosed with squamous cell carcinoma of the jaw, which is the most common cancer of the oral cavity. Danny initially underwent surgery to remove the cancer, and then treated chemo and radiation. One side effect of radiation is the narrowing of arteries, which may decrease blood flow to the treated area and makes wound healing more challenging.

Danny’s jaw was in extreme pain due to his wound. The aching was so bad, it became difficult for Danny to eat, which in turn, caused him to begin losing weight. Danny revisited his surgeon to discuss his ulcer and pain. His surgeon noticed that his surgical wound was not healing, and sent him to the Wound Care Center® to receive specialized treatment.

The providers at the Healogics Wound Care Center determined hyperbaric oxygen therapy (HBOT) would be the best treatment to improve the quality of Danny’s soft tissue that covered the jaw bone. During HBOT, the body’s natural healing process is enhanced by inhalation of 100 percent pure oxygen in a total body chamber where atmospheric pressure is increased and controlled.

“Even though I was hesitant about HBOT, the team at the Wound Care Center helped to put me at ease,” said Danny.

After almost five months of treatment and great explanations from the Wound Care Center staff on how to care for his wound at home, Danny was healed. Now that he is free from his wound and the pain it caused him, Danny is able to enjoy singing, fishing, woodwork and chaplin duties again!